Many consider Virtual Reality to be brand new trend among marketers and various industries across the globe now, however, this isn’t the first time.

In the 90s, alongside 3D gaming being introduced, VR also saw a very similar increase in interest. Nintendo released a 32-bit table top video game in ’95, using a head mounted display, the technology was used to create the illusion of depth. Along with other ventures I the market place exploring virtual reality , this was seen as failure; not meeting sales targets, with underwhelming quality and high costs. We couldn’t produce what the media was portraying.

Present day, $3.5bn has been invested over the last two years in backing the value of 225 VR/AR venture capital investments. Things are taking off and marketers are taking notice.

In March of 2014, Facebook made headlines in acquiring Oculus for $2bn. Oculus develops a headset to be used for Virtual Reality, named the Oculus Rift. Whilst there are split opinions on which headsets work best in VR, quite like the age old Apple vs. Android debate, the Oculus has been seen to be slightly more user friendly. We have found that in small estate agents offices for example, the oculus Rift works a lot better than the HTC Vive. Facebook have recently released a brand new Headset, the Oculus Go.  Hitting the market next year, the headset will be retailing at $199 which is a big decrease in price, making the technology even more accessible. 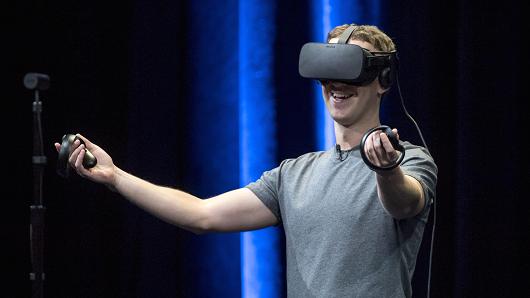 Healthcare has been discussed wildly for obvious reasons; the technology allows for users to be placed in completely different environments for ‘VR therapy’. To use the medically correct term ‘prolonged exposure therapy’ has been researched quite a lot, showing how those who suffer with conditions such a PTSD after stressful events in Iraq and Afghanistan, those same troops can experience them again but in a safer environment to help resolve the effects of the stress disorder. 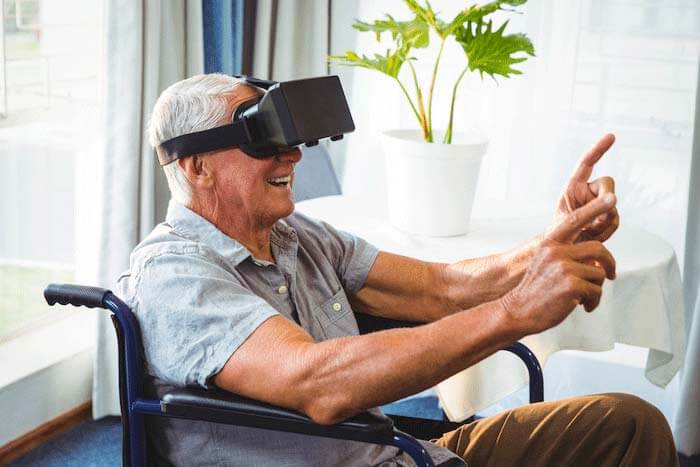 This year, Disney have announced they will be opening VR attraction at Downtown Disney at Disney Springs at Walt Disney World Resort. Although they haven’t realised any specific details, looking at previous projects from the producers of the experience, it will be a truly immersive and transformative product that will creative waves in the Tourism industry.

Marriot Hotels launched a VR holiday experience recently which allowed users to virtual travel to destinations around the world. The experience they built encompassed CGI Imagery and 360 video built into the virtual realm, complete with a rig ready to shine sun on your face, rumble the ground beneath you and pump out smells to immerse you entirely. 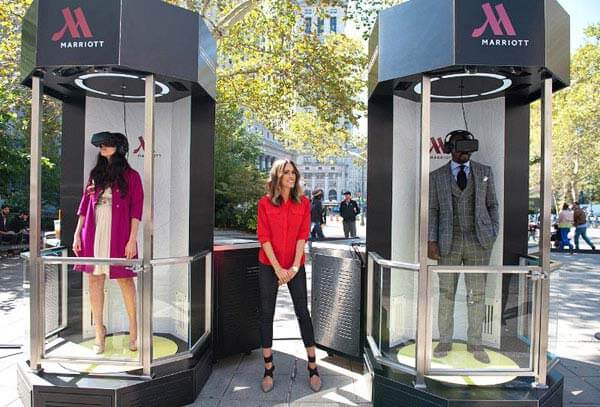 We have found that briefs come to us from a whole variety of industries and sectors, and the benefits just keep on coming. After doing our own research, we are very excited about the future of Virtual Reality.